Floods have swiftly, mercilessly hit Chennai after a whole rains of constant rains in November and December. The community, however, has really come together to help the victims of the floods; social media, hashtags like #chennairains, #ChennaiMicro and #chennairescue are used by volunteers and organizations providing help. Celebrities like the well-known actor and producer Siddharth are doing everything they can to raise awareness and get more help to the people of Chennai. 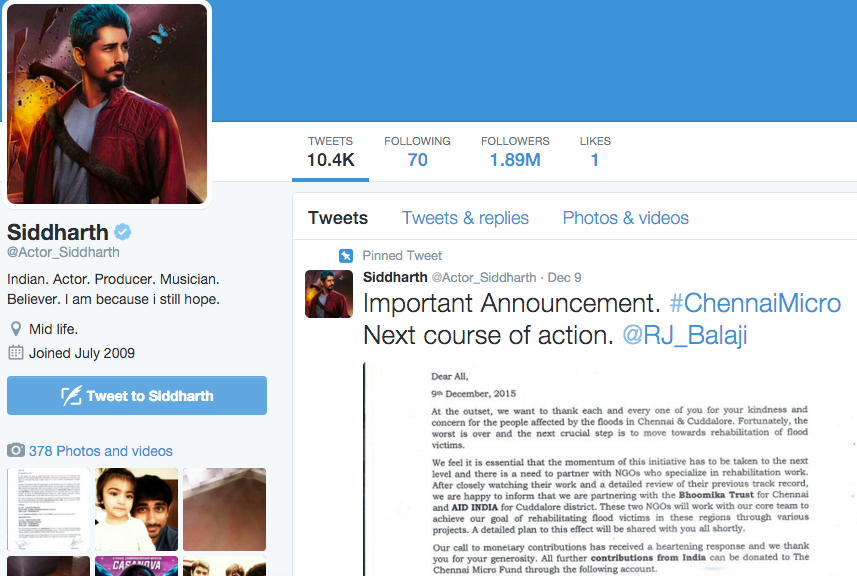 The rainfalls on December 1, have broken the records of the last century – they measured 490 mm of water pouring from the skies. The severe raining has left the population of Chennai, 4.3 million people stranded, seriously injured, homeless or worse. Floodgates have torn open, while bridges collapsed and washed away. Rescue operations managed to rescue approximately 7,000 people. More than 300 people died. They had to suspend the train services, so getting in and out of the city was virtually impossible. Life in Chennai has been halted, with schools and factories closing and no electricity to provide power.

However,in times of such disasters, it seems like people stick together and do everything to help each other. Thousands of people have (and still are) putting in real time, money and effort to help those in need in Tamilnadu, and the main means to spread the word is through social media. Right at the beginning of the catastrophe, many of the inhabitants of Chennai started an initiative on Facebook and Twitter – they collected all the places where people can get food, water or a place to stay until the state of emergency ends. They also provide those willing to donate money or alimentation with bank accounts to wire the money or location to drop the foodstuffs. People can also see weather updates and there was a possibility to could call in that they need to be rescued. Families could choose if they needed any aid, or could provide it – contact numbers are given in the very lengthy table on the website. 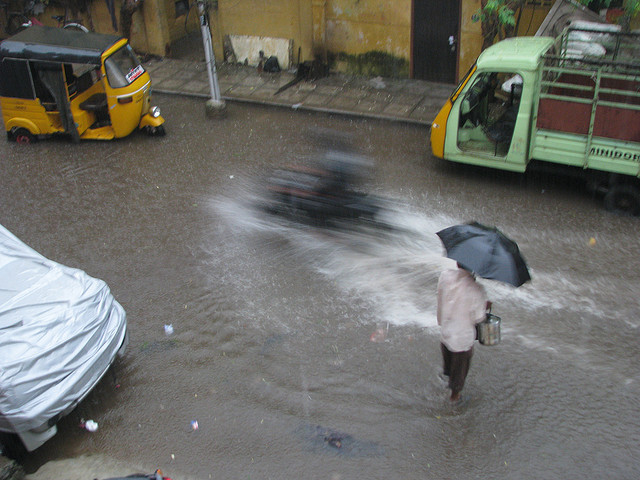 In times of natural tragedies, the focus is on the basic needs of people, so donations mainly revolve around rescue, food and clean water. NGOs and charities are too involved in providing for people the absolutely necessary products. Nobody thinks, however, of all the traumatized children whose lives have been uprooted without warning. Because of this, the Travel Scientists have decided to focus on their needs, too. From now on, the Rickshaw Challenge – Classic Run will be the Classic Run – Humanitarian Rally. We will aim all our efforts at collecting donations to buy Christmas and New Year’s presents for children, to bring them cheer in such devastating times. Our wonderful participants will be the ones to hand out all of these presents and bring back the smiles to their little faces. 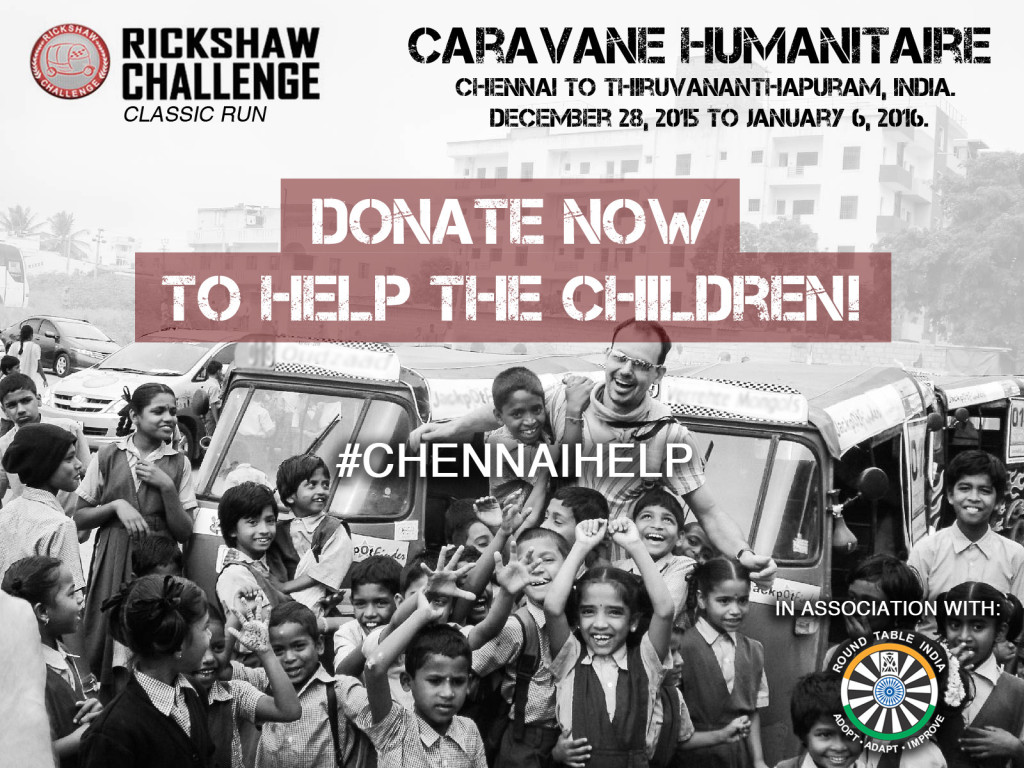 Please, help us! Donate now, and with your help, we can bring back the spirit of Christmas to the children whose families have lost everything!

Right now, the word is that it hasn’t rained for a lengthy period of time. The sun is shining, and in some areas of the city, the water levels have begun to decrease. Access to train tracks and airports have been granted again. In most districts, shops are open again. The Indian meteorological service says that the weather is going to stay dry and sunny in the future, which is a veritable Christmas miracle – Tamilnadu can slowly start to recover. With the sunshine comes Hope. Photo by Pravinraaj