Stopping for Tea: India’s Cup Winds its Way Through Ooty and the Nilgiri Hills 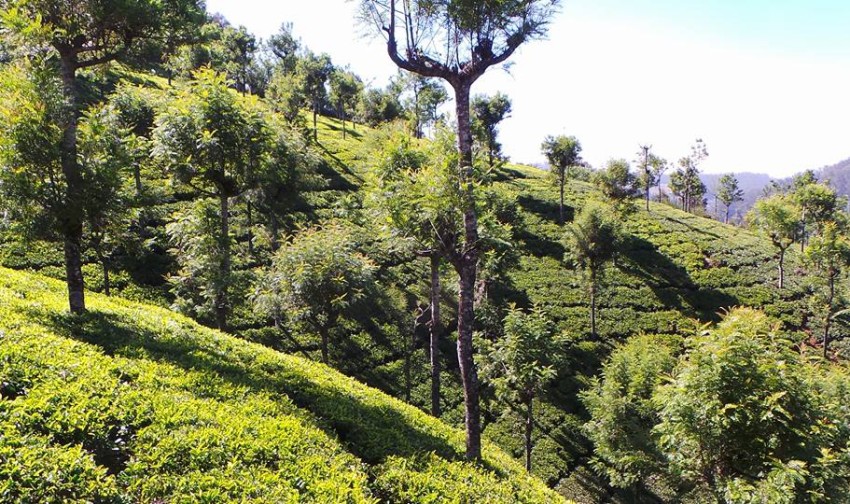 The morning after Mysore, our teams decided to head out to Coimbatore taking different routes and at different times. Hindipendent Racing were keen to get on the road early to head up to the Western Ghats and the Nilgiri Hills to explore the land of tea, while the Sarriors wanted to relax and take the main road away from the hills later in the day. Our team took the official route up into the mountains to Ooty’s tea gardens to Coimbatore.

Since there wasn’t much to see in Coimbatore, we focussed on enjoying the route over from Mysore, which took us through Bandipur National Park on the Karnataka side of the border through to the Madumalai Tiger Reserve in the Tamil Nadu part. The road up into the Nilgiri Hills took us through protected biosphere reserves, filled with placards featuring tigers and elephants carrying warnings and rules: “no stop, no litter, no photo”. The most memorable one was: “do not stop, we are not responsible for elephant attack”

Through the spindly trees and burned out shrubs, we only caught signs of a few deer and some fluffy monkeys playing on the side of the road. We even saw a mongoose hurry across in front of us at one point, however no tigers or elephants though, despite passing the nearby “elephant camp”, a kind of “retreat” for temple elephants, or something of that nature.

Once out of the reserve, we began our challenging ascent into the Nilgiri Hills with tight hairpin bends and amazing mountain views. The number of twists up to Ooty tallied in at about 36 sharp curves that are numbered on the way up and down. Small colourful houses bundled together in clustered villages clung to the side of the mountain and ladies walked along the side of the road with cardigans pulled over their saris as the temperature dropped with the high altitude.

Ooty itself is a mishmash of colourful bungalows and British style houses scattered between threadbare tea gardens located in the town centre. This “Queen of Hill Stations” was once a popular retreat for the British elite living in Madras (today’s Chennai), and even earned the nickname “Snooty Ooty” after the company it kept.

Leaving the town, the tea gardens bloom into ordered bushes of brilliant green, and on the outskirts of Ooty we pop by the High Hill Tea Estate for a quick cup of chai, some home made chocolate and a quick frolic among the tealeaves. Climbing up to the hill, with tiny paths creating lines drawn among the tea bushes along the terraces. There was no sign of life up here beyond the saris and blouses left out to dry in the sun on top of the bushes. But the drive down from Ooty to Coimbatore was one of the most scenic routes covered on the India’s Cup so far. The winding mountain roads coiled down through wall-to-wall tea plantations with women working in the fields at a distance. The downward roads passed glaring monkey families sitting on the roadside, until the road flattened out below into Coimbatore. 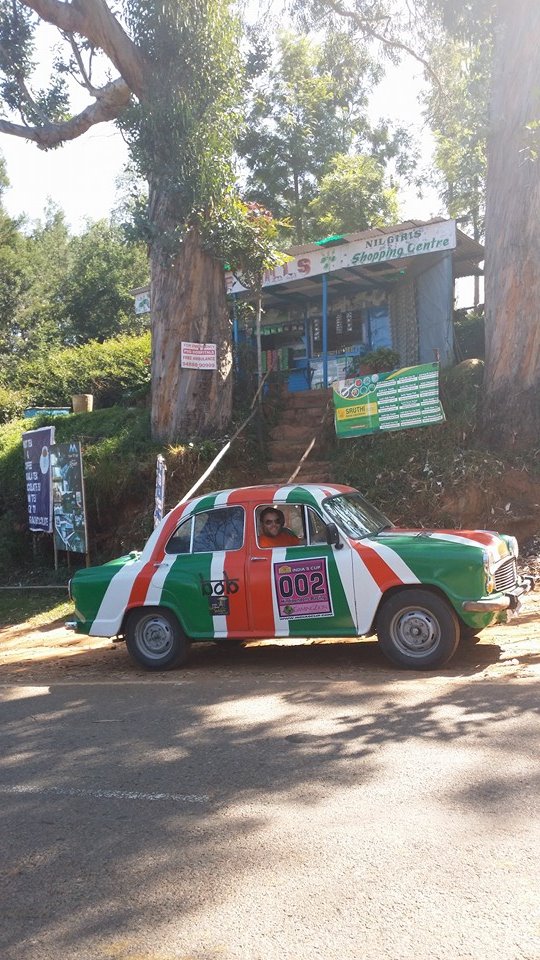 Hindipendent Racing made it up to the top with their Ambassador, exploring St. Stephen’s Church in Ooty and a stop for tea, although their Amby did splutter on the road down. 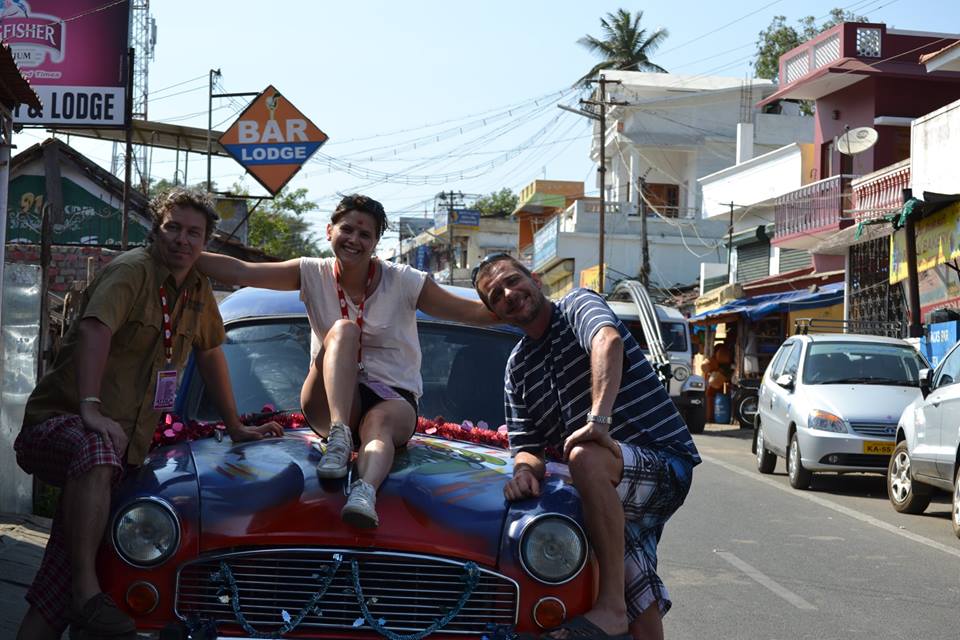 Rabbit Adventures, stopped off for a visit to the tea factory. Their Ambassador had a minor incident with a bus, but nothing more than a dent, which a few plaster stickers and a Hindipendent Racing sticker helped to cover.