An Ancient City, Surreal Stepwells and a Market of Prostitutes: Discovering Hampi 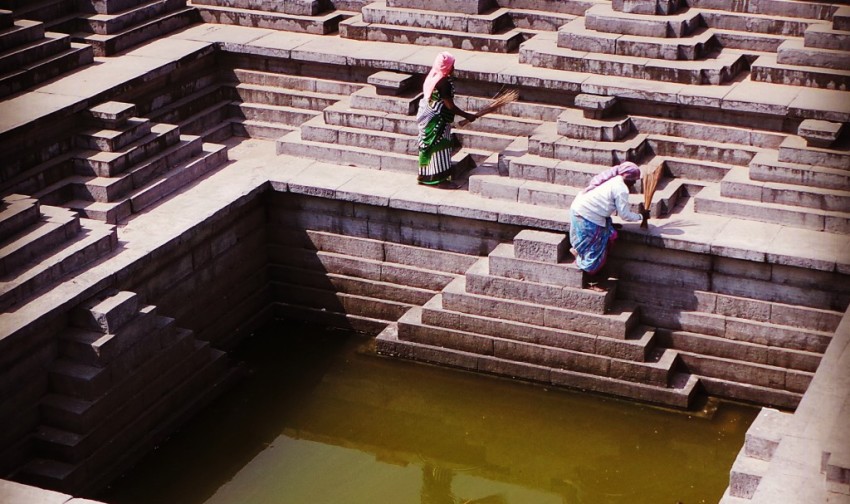 Day 4 on the India’s Cup Southern Xpress, we explored enigmatic Hampi, one of India’s most impressive archaeological sites. From ancient temples to stepped tanks, we only scratched the surface of this impressive place before continuing onto Goa for the trip’s half-way point. 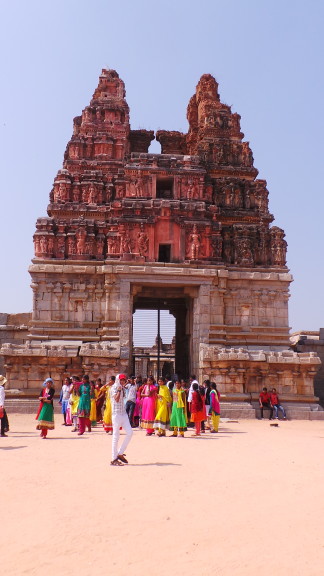 Waking up with bruises after bumping along the road to Hospet, we decided to make the detour worth it by paying a visit to the ancient city of Hampi before heading off to Goa.

Once home to the city of Vijayanagana, the largest in the world at the time, Hampi remains impressive to this day. Its vast ruins were revealed as the car swerved round the boulders, scattered into the horizon. Not only is the landscape bewitching with mountains of rocks dotted about the arid scenery, but the intricacy apparent in some of the ruins, such as pillars carved into the shape of elephants or horses, through to the scale of its temples, made this one of the most incredible sites we’ve seen so far on the India’s Cup. It’s not a surprise to find that Hampi is a World Heritage Site, with the city’s original settlement dating back to the 1st century AD and the epic proportion of its monuments.

Hampi goes beyond history and enters into the world of legend. Its granite hills, boulders and caves link in with stories of Hindu gods and heroes, such as Shiva, lovers Rama and Sita, and Hanuman the monkey god. The Hindu epic Ramayana takes part in this mysterious city.

The city became the core of the Vijayanagara Empire from the 14th to 16th centuries, until it was destroyed by the Deccan Muslim confederacy. Among the ruined Hindu temples and houses, we could still catch glimpses of relics echoing the Islamic architectural style that came later.

We first stopped at the ruins just outside Hampi Bazaar on Hemakuta Hill, where we were greeted by a temple dedicated to the Hindu god Ganesh. Walking up to a colonnaded gate, the view opened up to more pillared houses the Virupaksha Temple between the boulders further down in the main part of town, and numerous ruins scattered in the distance. 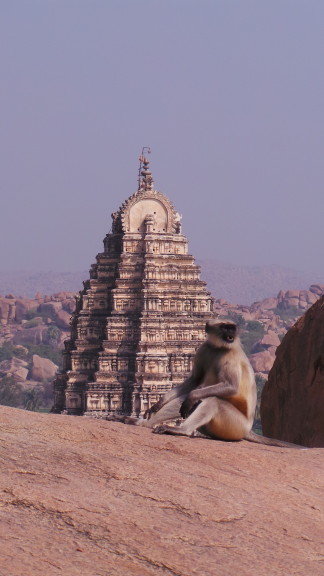 I had already caught a glimpse of monkeys when we got out of the car, and after the thieving monkeys I encountered on the Rickshaw Challenge, my instinct told me to stay away, but down by the pool of water, on the rocks overlooking the Virupaksha Temple, I realised that these monkeys were the size of a small child and hissed and growled at anyone who came near them. They also ran, or rather hopped in a manner resembling a kangaroo, very fast. Lucky my zoom lens could capture them far away from biting distance.

It wasn’t midday yet, but the sun still bounced off the rocks, heating the place up. As the shadows grew longer, we realised we should explore more of the site before we had to make the long trek to Goa. 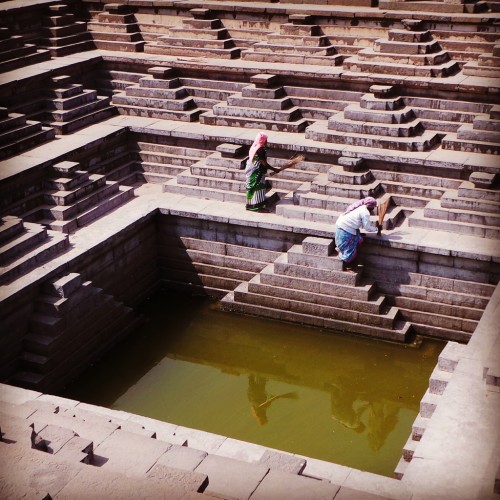 The next stop was the step well, pushkarni, a stepped tank that was used to collect rainwater during monsoon season for use in the drier months. Its Escher-like steps descend into the murky green pool, reflecting two women in colourful saris sweeping the crossing steps with wicker brooms.

Time ticked on and we wanted to take in one last site. Our plan was to drive past the Vittala Temple complex, snap a few photos and drive back to Hospet to pick up the others and continue onto Goa.

Of course, being India, nothing ever goes to plan, and we found ourselves walking a dirt track for around a kilometre, past the ruined columns that was once dubbed the “Prostitute’s Market”, although evidence about the market’s actual use is thin. The gopuram of Vittala Temple greeted us, but the time constraint prevented us from spending the 250-rupee entry into the complex. Instead we snapped a few exterior shots and hopped on a buggy back to the car park and then back to Hospet.

Hindipendent racing had left early in the morning, eager to get to Goa, and the Sarriors were driving out of the hotel as we got back. The Hungarian team Rabbit Adventures were coming down to Goa by taxi, since their car had completely died in Hyderabad. 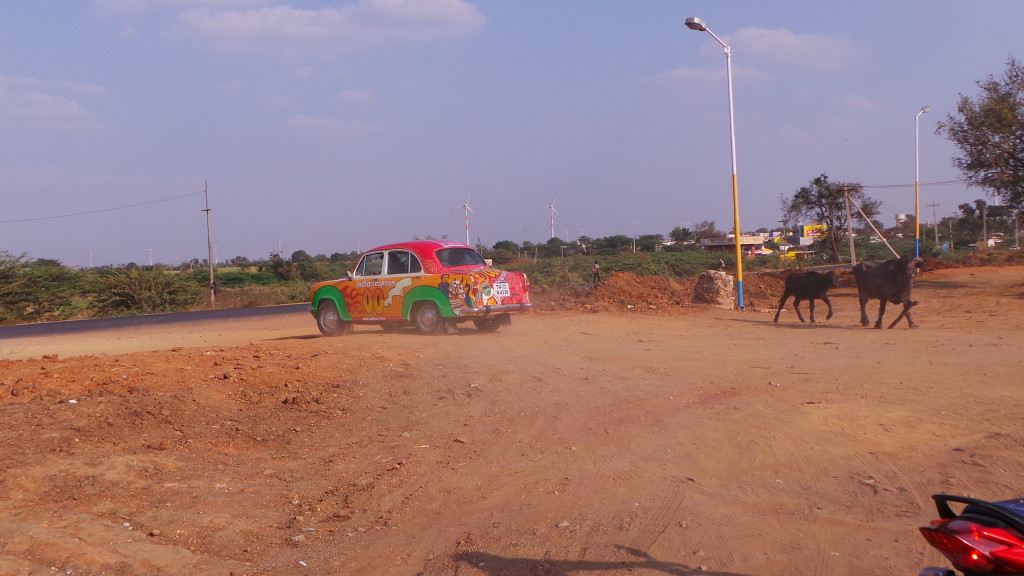 Even though the Sarriors left before us, they caught up with us on the roadside for lunch. Although, they continued down to Agonda, having made their own plans to stay at the beach, Hindipendent Racing also opted to skip Panaji and stay in Palolem for their rest day.

The rest of us made it up to Panaji late, but one thing I think every team had in common was that a rest day was much needed.