The Oldest British Building in India While India has many glorious temples and shrines going back millennia, the British also left their mark on the country. In Chennai’s Fort St George, the central area of what the British called Madras, you can find the oldest British Building in India: St Mary’s Church. While there are more impressive places of worship in Chennai, both local and colonial, the “Westminster Abbey of East” still deserves a visit. Here’s why:

The History of the oldest British building in India 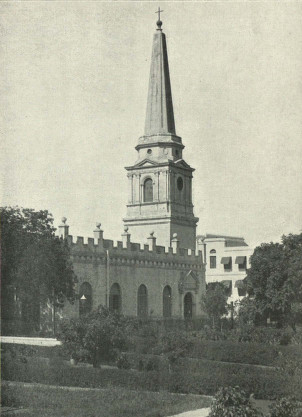 Not long after the British had arrived on the subcontinent, they built Fort St George as a base in Madras, what is now called Chennai. This was completed in 1644, and became known as White Town. In 1678 work began on a church, and St Mary’s was completed two years later. Previously, religious ceremonies had been held in a dining room of one of the fort’s buildings.

With a curved roof structure designed to be bomb-proof, the church was used as barracks for troops during the Second Carnatic War versus the French and later when Madras was attacked by Hyder Ali, ruler of the Kingdom of Mysore. Hundreds of years later, the church continues to be a popular attraction: recent visitors include Queen Elizabeth and Prince Philip. 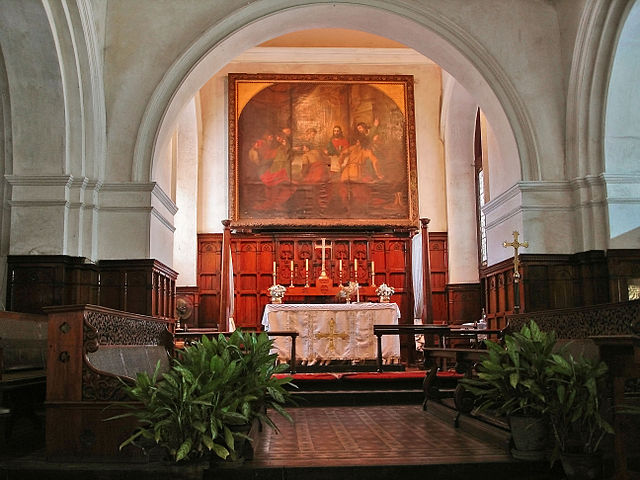 Though most visitors to St Mary’s Church will come for the history, the church itself is fairly interesting too. It developed much over the years since its initial construction, with the tower not finished till 1701, the steeple being added nine years after that. It wasn’t until 1795 that the sanctuary and vestry were added.

Covering 5,400 square feet, the church is a perfect escape from the rush and bustle of modern Chennai. Lit by sunlight through its glass windows, the interior has a spiritual atmosphere aided by the fact that it’s the oldest British building in India. The most notable feature of the church’s inside is the alterpiece, a painting of the last supper. Fitting the style of the Raphaelite school, it’s said to have been painted by Raphael himself.

The “Westminster Abbey of the East” 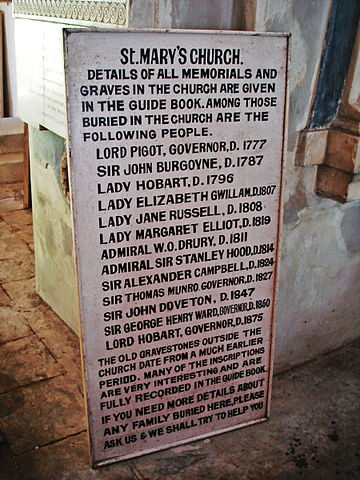 Westminster Abbey, famous for being the final resting place of England’s royalty and many other notable British figures, and St Mary’s Church has earned a reputation as being the closest thing India has to an equivalent. Several important figures from British colonial history are buried at the church, including many governors of Fort St George.

The church was also host to the venue for the marriages of prominent colonial figures, including that of Elhiu Yale, co-founder of Yale university. He was a controversial figure in the history of Madras: when President of Fort St George he was accused of corruption and authoritarian rule, which led to his eventual dismissal. However, in 1968, on the 250th of the naming of Yale College, the former Yale classmates of the US ambassador to India donated money towards improvements to the church.

If India’s fascinating history and culture compel you to visit, consider joining next year’s India’s Cup adventure rally. Participants will drive throughout Southern India, experiencing the beauty and uniqueness of Tamilnadu, Kerala, Goa, and more! The minimal assistance rally begins in Chennai on April 22nd 2017: prepare for eleven days of adventure, madness, and fun!