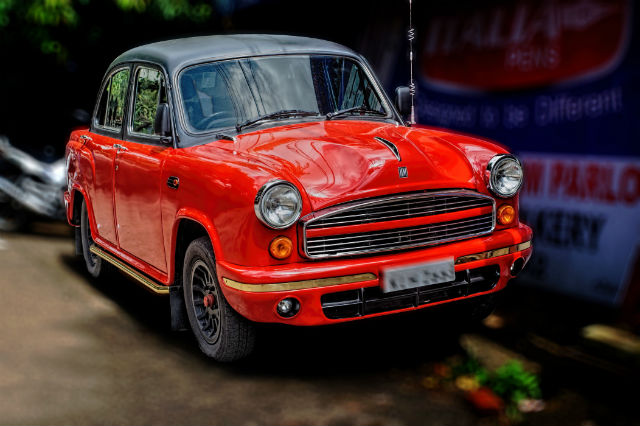 Head into the mysterious lands of north-east India, to the land of Tea Gardens, tiny states and virgin landscape. Far off the beaten track, you won’t want to miss this epic road trip to the small states tucked just above Bangladesh. We’ll explore the roads skimming the Himalayas along the border with Bhutan, crossing the tea fields of Assam, back into West Bengal and down the coast to Chennai in Tamil Nadu. Discover an untouched part of India.

1/ We start off in the city of Gangtok, the capital of Sikkim, a hidden highland region famed for Buddhist monasteries and green forests. We’ll get our bearings with the Ambassador car before we embark round our odyssey of this unknown and untouched part of India.

2/ Departing Gangtok, we’ll drive through a land that once served as the commercial hub between Tibet and British India. Buddhist pilgrims still come to Gangtok, but we’ll leave Sikkim and head off into Assam, into the city of Guwahati. The mountain scenery, brilliant waterfalls and the sheer unspoiled landscape greet us as we drive through the land of tea gardens.

3/ We’re going to drive up to the eastern frontier of the Himalayas to the scenic state of Nagaland, and its capital of Kohima. This is the furthest easy we’ll go, since we’re already approaching the Myanmar border, and this rally is about India, you know. Take in the scenery, breathe the mountain air, and if your car has made it so far, be grateful.

4 & 5/ Ready to drive uphill? The capital of the state Meghalaya, one of the seven smallest states in India, Shillong sits at an altitude of 1,496m above sea level. You’ll find snowy mountain peaks, waterfalls, clear blue water lakes and a Scottish colonial influence. This is a part of India you never had any idea existed. We’ll also spend our rest day here.

6/ If you’re a tea fan, then you’ve come to the right place, right in the heart of the Darjeeling district, Siliguri sits at the foothills of the Eastern Himalaya, and is a stone’s throw to the famous hill station. Pick up some Darjeeling tea before we press on down towards the south again.

7/ We’re leaving the remote states in the north east behind and entering the ancient region of Bihar, once a core hub in India’s Silk Road history. The capital Patna sits on the river Ganga, and is known for its Buddhist relics. It’s an ancient city, dating back to 493BC so you history buffs will love it here.

8/ The name “a city of waterfalls” is no coincidence to Ranchi’s name, our destination today, since you’ll find many small, big and pretty waterfalls dotted around. The capital of Jharkhand, Ranchi is an industrial city famed for its minerals, but you’ll also find amazing temples here as well.

9/ Do you like temples, then Bubaneshwarar is the right place! A city that’s been around for 2000 years, complete with more than 500 temples, the hardest decision is what to see, but if you’re more of a flora and fauna kind of person, then check out the largest rose garden in India.

10/ We’re changing terrain now, if you haven’t noticed and we’re going all coastal on you. The city of Vizag has a great beach, but there are also great caves and plenty to see.

11/ It’s almost over, and we start to say good bye to the rally in the city of Guntur. One of the biggest cities in the district, and famous in the Buddhism religion, since lore has it Buddha featured the first Kalachakra at this very location first. Fancy that!

12\ You’ve made it to Chennai with your Ambassador intact (or so we hope). From the very north-eastern corner all the way down to India’s Gateway to the South. Give yourself a pat on the back, you’ve done an amazing job!